David Demetrius is the founder and President of Emadin and specialises in working with companies to achieve strategic growth. He has considerable experience in the formation and development of companies in a number of European countries, as well as a sound knowledge of the financial, legal and taxation implications of various international corporate structures.

He has over 25 years experience in management of and consultancy to companies (from SMEs to large multinationals) throughout Europe, the United States, Middle East, Australia and Asia. He has worked in a wide variety of industries including Information Technology, Telecommunications, Chemicals, Household Goods and Environmental Management, and in both manufacturing and service sectors.

With a colleague, he founded a group of companies specialising in management support and consultancy services for complex or large programmes and projects, building it to annual sales of over $ 100 million with approximately 500 professional staff by the time he sold his shareholding in the group.

He has worked in many different roles covering general management, business development, finance, marketing and sales and has been heavily involved in many aspects of corporate finance including several significant acquisitions, an MBI, an MBO, preparation for a stock exchange flotation (IPO) and a major merger.

He has degrees in mathematics and business and is a fully qualified accountant as well as being a fellow of several professional institutes. His Doctor of Business Administration thesis was on organisational behaviour.

David speaks good French and Dutch and has a working knowledge of Spanish and German as well as some Italian. He is married with two children and lives in Brussels.

Mike has authored and co-authored seven workbooks and several monographs on specific aspects of channel and partner management. More than 7,500 participants of leading corporations have attended his seminars. Prior to his training career, he was Regional Director of Europe for CPT, MNC Director for Motorola EMEA and General Manager of Exxon Office Systems Belgium and in sales with IBM.

Mike frequently speaks for and advises governmental and private organisations. As a recognized authority on international business alliances and on management and marketing techniques, and a leading international expert on defining, developing and managing distribution channels and partners with many Fortune 500 clients, Mike will share his experiences and observations of leading companies and the issues they have encountered, how they handled them (successfully and unsuccessfully) and how you can avoid and overcome the critical challenges.

Alasdair White is a consultant specialising in human resource management and organisational development. He is based near Brussels in Belgium and has an international practice with clients throughout Europe, the Middle East, Africa, and the Far East.

His clients include international banks (such as Citibank and Ecobank), insurance companies, multi-nationals (such as IBM), petroleum companies (such as ADCO), hotels (such as ITT-Sheraton), international institutions (such as the Islamic Development Bank), the European Commission and the United Nations. He also teaches Information Systems at undergraduate level in Brussels.

After 12 years experience in senior management and Board level consultancy, Alasdair White now specialises in management development, training, and quality programmes and is a recognised authority on “soft benchmarking” of HRM behaviours. He has considerable experience in, and knowledge of, multi-cultural and multi-lingual environments.

A frequent speaker on management development and much in demand as a seminar leader, he is the author of Managing for Performance (1995), Continuous Quality Improvement (1996) and The Essential Guide to Developing Your Staff (1998), all published by Piatkus Books.

Educated at King Alfred’s College, Winchester, England, where he studied education and physical science, Alasdair White spent time teaching in Spain before becoming a business journalist and newspaper editor in the UK. He became a management consultant in 1984 and moved to The Netherlands in 1987. He has been in Belgium since 1992. He is a Member of the Institute of Directors and a Fellow of the International Napoleonic Society. 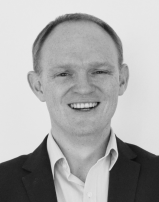 Chris Booth is an experienced corporate consultant and advisor with specific experience in marketing, strategy and finance for high-tech and innovative, high-growth businesses.

He engages with founders, executives, directors and company chairs alike, in expanding businesses and seeking entrepreneurial finance. This has been informed by his work in developing investor networks in Asia, Australia and Europe, including business angels, family offices and HNW investors, as well as VC, sovereign wealth and pension funds.

Chris is a director of several European companies and non-profit organisations. His studies were in business administration, technology management, biotechnology and applied finance. His doctoral thesis was on decision-making for investment into high-growth businesses.

Chris has a working knowledge of French, is married with two children and lives in France.